Herbal tonic with beneficial effects on sexual health, immune system, and physical wellbeing, among many others*†. 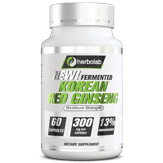 Get Your 60 Day Supply

Stock up for 90 days and save!

Get Your 3 Month Supply

Get Your 6 Month Supply

This supplement is beyond awesome. It definitely made my skin looked healthier, my acne and breakouts were cleared out. I'm going to take this regularly from now on! †

It's quite to early for me to leave a review, but I'm still giving it 3 stars. Fast shipping and no weird tastes. †

This ginseng from Herbolab has truly helped me feel a lot better. I noticed how my mood and energy improved. Thank you Herbolab, your products work as marketed! †

Product reviews are provided for informational purposes only and reflect solely the views and opinions expressed by the contributors and not those of Herbolab. We do not verify or endorse any claims made in these reviews.

Thank you for your submission. Your review is awaiting moderation and will be visible after approval.

What Is Korean Red Ginseng?

Throughout history, Korean red ginseng (Panax Ginseng) has been one of the most sought-after medicinal herbs. The word “Panax” comes from the Greek word panacea, which means “all healing.” For thousands of years, Korean red ginseng has been used as a natural aphrodisiac by assisting the cardiovascular system in a way that encourages normal circulation. This, in turn, may elevate sexual performance.

In ancient times, herbalist thought that plants that have a resemblance to a certain body part were meant to treat that part of the body. Korean red ginseng has a unique shape that resembles a human body. Therefore, since ancient times it has been used to treat the whole human body.

Modern science has confirmed these health benefits of Korean red ginseng in study after study, demonstrating clinical efficacy for a variety of illnesses such as diabetes, cancer, blood pressure, anemia, viral suppression, osteoporosis, menopause, and declining sexual health in men.

Discover the Benefits of 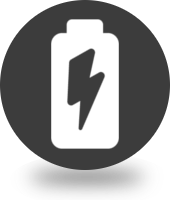 Acts as an Energy Tonic*

Traditionally, Korean ginseng has been used as an energy tonic. Today, it has been found to contain about 32 types of ginsenosides; these are the chemical compounds to which ginseng owe its effect. Among all of the different kinds of Ginseng, Korean ginseng contains the highest variety of ginsenosides. [4]Flanagan, S. D., DuPont, W. H., Caldwell, L. K., Hardesty, V. H., Barnhart, E. C., Beeler, M. K., … & Kraemer, W. J. (2018). The effects of a Korean ginseng, GINST15, on hypo-pituitary-adrenal and oxidative activity induced by intense work stress. Journal of Medicinal Food, 21(1), 104-112. doi.org/10.1089/jmf.2017.0071 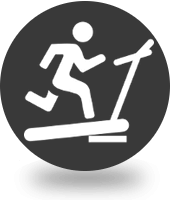 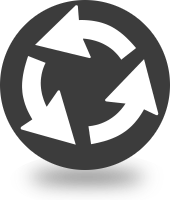 Korean red ginseng is a delicate root that requires a very specific growing environment to produce healthy ginseng saponins. Korea’s unique climate and soil is optimal for the Korean ginseng to grow. Although there are other varieties of Ginseng, only Korean ginseng grown in Korea can guarantee the maximum efficacy, quantity, and variety of active components.

2. Our Red Korean Ginseng Is Fermented For Maximum Absorption

Research has shown that many of the active compounds of ginseng, the ginsenosides, pass right through your stomach and small intestines without ever being assimilated by your body. Only when they reach the large intestine, do they start to be fermented by your gut bacteria and absorbed by your body. However, this step is carried out right before being eliminated and might not be efficiently done by the time your body excretes it. Herbolab’s red Korean ginseng is fermented using the same process that naturally occurs in your large intestine, resulting in a better, faster and more consistent absorption of the beneficial components of ginseng.

Our Korean Red Ginseng is made using a patented Korean extraction method that ensures a maximum ginsenoside content. Not all Korean ginsengs are equal. Ginsenosides can be destroyed due to the extraction process used, especially if done with heat, which results in a product that is low in efficacy. Herbolab’s patented Korean extraction method uses a unique low-temperature extraction that ensures maximum ginsenosides content. We are proud to guarantee a minimum of 13% ginsenoside content, a concentration that other companies can only dream of. 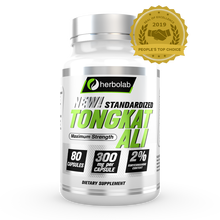 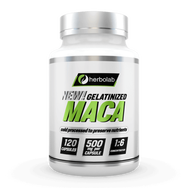 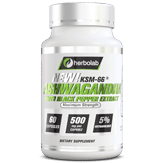 Herbal tonic with beneficial effects on sexual health, immune system, and physical wellbeing, among many others*†.

† Results may vary.
* These statements have not been evaluated by the Food and Drug Administration.
These products are not intended to diagnose, treat, cure, or prevent any disease. 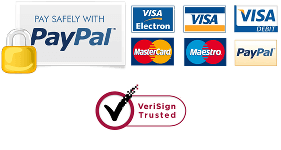 DISCLAIMER: This website is for informational purposes only and is not intended to give medical advice or replace a qualified healthcare professional’s advice. Our products listed here are not intended to diagnose, treat, cure or prevent any disease. Please consult your doctor for any health condition.

DISCLOSURE: This website is a for-profit organisation. We earn money by recommending our (awesome) products in practically every page of this website (if you see a page not promoting our products, it was an oversight and it will be corrected soon). We might sometimes include affiliate links to reputable websites for which we earn a small fee if you purchase through them (not enough to make a living, but enough to buy coffee for everyone at the office every once in a while).